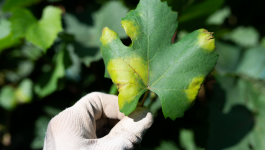 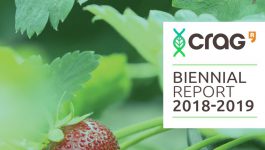 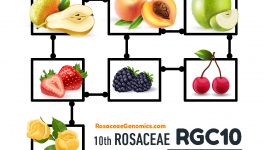 ‘Call for papers’ for the 10th International Rosaceae Genomics Conference

Improve the cultivation of black truffle and its sustainability, the objective of the Tubersystems project

The current area of truffle plantations in Spain is estimated at around 10,000 ha, which produces 60% of the total truffle, and each year about 500 new hectares are cultivated. For its part, wild truffles have been regressing in recent years, currently accounting for 40% of the total truffle marketed. In Spain, truffle is a business that moves around 7.5 million euros a year.

In Spain, there are significant differences in production depending on the area in question and the year of harvest. For example, while in the area of Teruel can produce up to 30 to 40 kg/ha of truffle a year, Catalonia produce 15 to 20 kg/ha and year. That is why it has been proposed to carry out research on farms distributed throughout Spain to try to understand the productive differences between zones. “Until recently, black truffle cultivation has been largely empirical; We know some practices work, but we don’t know why some do and others don’t, and we need to better understand the black truffle’s biological cycle to improve its cultivation,” says Xavier Parladé, a researcher at IRTA.

Parladé is the coordinator of the Tubersystems project, which will be initially developed in 37 production locations in Aragon, Andalusia, Valencian Community, Catalonia, Castile-La Mancha, Castile y León and Navarra, in order to take soil and vegetation samples adjacent to the truffle areas to study the biodiversity associated with truffle production systems.

The key: to know the life cycle of the truffle and its interactions

Tubersystems is a joint project of IRTA and the CSIC-USP-UNAV that addresses the production of black truffle in holm oaks and is part of an integrated study that seeks to evaluate this multiproductive system from different points of view. The objectives set out are to better understand the role of macro- and microorganisms as drivers of plant growth, as well as their role in the ecosystem and the agricultural sustainability of their crop. “There are many gaps in both the truffle’s life cycle and the ecology of the fungus or its biotic and abiotic interactions,” says Parladé, adding that the project will focus on multicultural development and management strategies of the microbiota, with the aim of improving truffle production”.

The biological cycle of the black truffle is still relatively unknown. Knowing how the mycelium, which forms the perennial part of the truffle in the ground, relates to other plants or crops around the holm oak, which in turn are associated with other fungi, is one of the aspects that it addresses the Tubersystems project.

The project also seeks to isolate a number of fungi that form arbuscular mycorrhizae in truffle plantations, inoculate them to accompanying plants to cultivation to improve production, and to see the effect of the inclusion of aromatic plants on producing fields (thyme, lavender and sage), looking for the most interesting combinations. In this sense, it is planned to carry out a pilot plantation of mycorrhizal holm oaks and aromatic plants from a selected combination of these, where we can measure the interactions between the two and their productive effects.

A fungus appreciated all over the world

Truffles are ectomycorrhizal fungi, that is, they form underground symbiosis with the roots of some plants (in Spain mainly with holm oak, but they can also be associated with oak or hazel). The mycorrhiza, then, is the whole that forms the root of the plant that is surrounded by the fungus, forming a symbiosis in which the fungus obtains the sugars provided by the plant and, in return, the fungus provides the plant water and nutrients or protection against certain pests.

The valuable black truffle (Tuber melanosporum Vittad) is among the most prized edible fungi in the world. This fungus is harvested naturally in Europe, mainly in France, Italy and Spain, where it is also cultivated. Other countries with Mediterranean climate zones that also cultivate black truffle are: Australia, New Zealand, Chile, North America and South Africa.

For more information on the Tubersystems project.

The Tubersystems project: Design and implementation of sustainable multi-product systems in Truffle culture, and analysis of the associated ecosystem services, is funded by the MICIN, within the Generación de Conocimientos and Retos de Investigación from Agencia Estatal de Investigación, in which participates the CSIC-USP-UNAV and IRTA, and is expected to last 4 years.