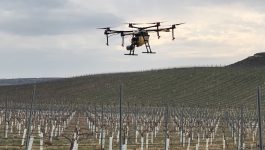 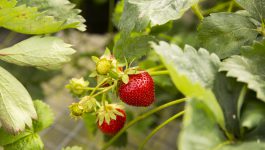 An algorithm to measure fruit morphology 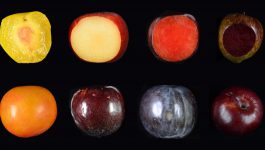 Three genes involved in melon ripening have been identified

A study by the Institute of Agriculture and Food Research and Technology (IRTA) and the Agrigenomics Research Center (CRAG), in which the Institute of Biology of the École Normale Supérieure (IBENS) in Paris has also participated, has identified the role of three genes in melon ripening. The finding sheds light on the ripening process of this fruit, “a complex process”, according to Marta Pujol, the IRTA researcher at CRAG involved in the research, “in which several genes are involved to identify and understand how they work.” Knowing this process is key to developing new varieties of melon with longer ripening patterns, “a demand from the market and seed companies because it would extend its shelf life and thus reduce its waste,” she says. The results of the study, which provides knowledge to understand the ripening process of melons, have been published in the journals Frontiers in Plant Science and Journal of Experimental Botany. The article published in the Journal of Experimental Botany has been selected by the editors for its latest issue, as it is considered to make a “substantial contribution to its field”.

Cantaloupe is a climacteric variety of melon. This means that, like fruits such as tomatoes, it continues to ripen once it has been harvested, and it does so by emitting ethylene, a plant hormone that induces climacteric-type ripening. Thus, once harvested, climatic fruits tend to have a shorter life than others. However, fruits that are not, such as grapes, oranges or melons of the “Toad Skin” (pell de gripau) variety, do not ripen using ethylene, but do so through other mechanisms that are not yet sufficiently known; this means that, in many cases, their organoleptic traits remain stable for longer than in climacteric fruits. One of the current challenges of plant genomics is to find out the mechanisms involved in fruit ripening. Historically, the tomato has been used as a model plant to understand this process, and the research carried out thus far “has allowed us to further our knowledge of the mechanisms that regulate climacteric ripening”, explains Jordi Garcia-Mas, IRTA researcher at CRAG and also one of the authors of the study. Garcia-Mas co-led the research that led to the sequencing of the melon genome in 2012.

In the IRTA, CRAG and IBENS study, the CRISPR/Cas9 gene editing technique has been implemented for the first time to edit melon genes of agronomic interest. Three genes involved in the climacteric ripening of the melon were identified –CmCTR1, CmROS1 and CmNAC-NOR, in which mutations occurred to find out what role they play. “We saw that if the expression of the first two was inhibited, maturation would accelerate,” says Andrea Giordano, a CRAG researcher and first author of one of the works. “In the case of CmNAC-NOR,” says Pujol, “it was observed that one mutation, nor-3, managed to delay maturation by eight days, while another, nor-1, completely blocked its maturation”.

Which of these mutations is best for new melon varieties with a longer shelf life? Marta Pujol is cautious when giving an answer: “At the moment, we know the function of the gene, not which will be better or which will be worse; what we will need now is to evaluate the quality of the resulting melons.” For the researcher, “it can be very interesting to delay ripening, as long as the melons do not lose other characteristics such as aroma, sugar or carotene content, which give organoleptic and nutritional quality to the fruit.” For Garcia-Mas, one of the most interesting points of the findings is that it can be a first step to “turn a climacteric melon into a less climacteric one and thus preserve it for longer.”

In any case, the research led by Jordi Garcia-Mas’s research group at the CRAG over the years has shown the usefulness of the melon as an alternative model to the tomato to study both climacteric and non-climacteric ripening.

From the laboratory to the market

“With our research we now know what genes we should look at to extend the life of melon fruit, but for now, using the mutants obtained by editing with CRISPR / Cas9 is not possible because in Europe they are considered genetically modified organisms (GMOs),” notes Garcia-Mas. The regulations of other countries, such as Brazil, Japan or the USA, do allow it. “Now that we know some of the genes involved in melon ripening, the only option in Europe is to find natural variants of these genes that prolong their shelf life and use them in conventional genetic improvement programmes, an option that is of great interest to seed companies”.