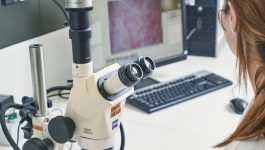 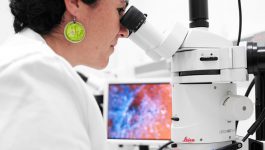 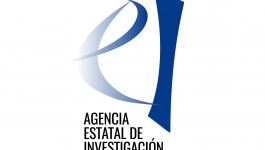 The TV3 Marathon Foundation recently awarded research grants to projects on infectious diseases, the field selected for the 2017 Marathon. The IRTA forms part of the research teams of three of the 36 proposals funded (out of the total of 214 projects submitted). Specifically, it is participating in projects working on the development of a new vaccine for the hepatitis A and E virus, the evaluation of the risk to public health entailed by prion diseases and the prevention of infections related to vascular catheters.

The Animal Health Programme conducted by the IRTA-CReSA (Bellaterra Campus) seeks to enhance the health and well-being of farm animals. Many infectious diseases which affect humans also affect animals (zoonoses), so researchers are devoting increasing time to combating them.

In this regard, work will be performed on the project entitled “Pseudoembolized viral particles and exosomes likely to constitute new hepatitis A and E vaccines”, with €399,375.00 in funding, which will be jointly carried out by the Biology and Pharmacy Faculties of the University of Barcelona and the IRTA-CReSA.

The hepatitis A (HAV) and E (HEV) viruses cause half the cases of acute hepatitis worldwide and there has recently been an outbreak of HAV cases in Europe between men who have sex with other men (more than 4,000 cases and 5 deaths) and in the United States between homeless people and drug users (more than 6,000 cases and 70 deaths). Currently, there is often a shortage of the existing vaccine for HAV, as the non-activated vaccines require high viral and adjuvant loads to enhance the immune response, and obtaining the above loads for HAV is difficult, due to the slow replication of the strains adapted to the cell culture. The situation regarding HEV is even worse, given that there is only a recombinant vaccine with restricted distribution in China. A recent discovery shows how these viruses may exist in the form of naked and pseudoembolized particles inside exosomes, which may lead to a new vaccine. The Enteric Viruses Group at the Faculty of Biology of the University of Barcelona (UB) has a rapid-growth strain of HAV, obtained by means of genomic selection/molecular crossing techniques. This strain is secreted into the supernatant of the cultures inside the exosomes, in a much more efficient manner than with the vaccine strains. Exosomes can act as antigen presentation systems, thus naturally enhancing the immune response. These three characteristics make this strain highly likely to form part of a second-generation vaccine.

This project will work on exploring the immunogenicity of this strain in two animal models: mice and pigs. Dr Fernando Rodríguez from the IRTA-CReSA will head the research and the tests on the pigs. This is an essential step between the initial tests performed on the mice and the tests on humans. The proven similarity in the antibody repertoire and in the T-cells existing between humans and pigs guarantees the suitability of testing the vaccines on pigs. Given the similarity between the exosomes contained in HAV and HEV, the results which may be generated in the pig model may predict the value of a potential HEV vaccine based on exosomes.

We are evaluating the risk to public health entailed by atypical and emerging prions, responsible for diseases transmitted from animals to humans

In addition, the IRTA-CReSA Animal Health Programme will take part in another project financed by the TV3 Marathon Foundation, entitled “Evaluation of the risk to public health entailed by atypical and emerging prions”, to which €400,000 has been allocated.

While classical BSE and the classical forms of scrapie are under control in the member States of the European Union, atypical forms of BSE and scrapie continue to be introduced into the human food chain.

Until now, the only prionic agent with renowned zoonotic capacity is the agent responsible for BSE (which causes the Creutzfeldt-Jakob variant in humans), although recent new evidence indicates that other animal prions may have zoonotic potential. It is therefore possible that, in the coming years, new prion diseases will become a major health problem in the European Union. The project submitted seeks to clarify the pathogenesis and transmission capacity of atypical and emerging prions, as well as to identify potential biomarkers for their early detection.

The project will combine cutting-edge technological and methodological approaches in the field of prions, including biological tests on humanized transgenic mice, in vitro prion conversion tests and immunoassays on single-molecule platforms. Solid scientific evidence will thus be provided to enable those responsible for the assessment of health risks and health policies to make the necessary decisions regarding the risk that atypical and emerging prions may entail for humans.

The project is coordinated by Dr Franc Llorens of CIBERNED-IDIBELL, whose group will focus on the study of biomarkers in biological fluids, blood and cerebrospinal fluid in the animal models used. The IRTA-CReSA has a laboratory with unique biosafety characteristics in Catalonia, allowing experiments with prion isolates on human and animal patients. This is the PRIOCAT laboratory, which has a level-3 bio-containment unit. Dr Enric Vidal from the IRTA-CReSA and Dr Juan Carlos Espinosa from the CISA-INIA will focus on bio-tests in transgenic mouse models. The partnership between the two centres is enhanced by the fact that they both form part of the ICTS  (Unique Scientific-Technical Infrastructures) known as RLASB high-security biomedical laboratories network), a network which brings together these two laboratories with particular characteristics, which enables experimentation to be conducted on the causal agents of prion diseases.

The ever-growing increase in microorganisms multi-resistant to antibiotic treatment constitutes a threat to public health. Within this context, nosocomial infections associated with devices such as vascular catheters have become one of the most prevalent and worrying infection-related problems in our environment.

The project tiled “Prevention of infections related to vascular catheters by means of the functionalization of catheters impregnated with heat-activated hydrogels with broad-spectrum antimicrobials (FUNCATH)”, with financing totalling €375,078.75, seeks to develop a new strategy to prevent infections related to these devices. This strategy is based on the combined use of a hydrogel and proteins with antimicrobial activity to prevent colonization by these microorganisms. The hydrogel, which will cover the surface of the device, will be activated at body temperature, thus allowing the exposure of the antimicrobial proteins. In order to evaluate the effectiveness of this strategy in the course of the project, an in vitro biofilm formation model and an animal vascular catheter model will both be used.

If the results obtained are promising, the potential of both this system and that of the antimicrobial molecules will be evaluated for other situations in the field of both human health and animal production.

This project is the result of the joint work performed by four research groups: the NANOMOL Group from the ICMAB-CSIC (Institute of Materials Science of Barcelona), the Infectious Endocarditis and Endovascular Infections Study Group of the Hospital Clinic in Barcelona, ​​the Infections Associated with Healthcare Study Group of the Parc Taulí Health Corporation and the IRTA’s Ruminant Production Programme, located in the Torre Marimon centre in Caldes de Montbui.

More specifically, the role in this project of the IRTA’s Ruminant Production Programme, headed by Dr Anna Arís and Dr Elena Garcia-Fruitós, focuses on the design and production of molecules with broad-spectrum antimicrobial activity.