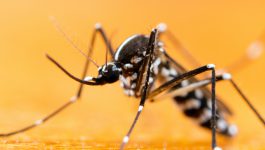 IRTA, NEIKER, ANSES, ENVT and the UAB are studying animal tuberculosis in the cross-border area of the Pyrenees

INNOTUB’s first project, supported by the European Commission’s Interreg POCTEFA programme, has developed and improved biosecurity and diagnostic tools, vaccines, and strategies for communication with the livestock industry

Animal tuberculosis (TB) is an occupational hazard for livestock farmers, vets, slaughterhouse workers and hunters. The restrictions established to control the disease generate economic losses in farm livestock production. Animal TB generally affects cows and goats, and is caused by Mycobacterium bovis and Mycobacterium caprae, bacteria that have a wide range of hosts, including humans. Furthermore, some of the trans-Pyrenean region’s wild animals, such as wild boar, can be reservoirs of the disease and pass it on to livestock. INNOTUB is a R&D&I network for improving animal tuberculosis control in the trans-Pyrenean region, where extensive farming and common pastures are widespread and there is a risk of contact between domestic and wild animals. This morning, the network presented the results of its first project.

One of the goals of the project was to evaluate risk factors and biosecurity measures, including protecting facilities to reduce the incidence of TB. Until now, livestock farm biosecurity protocols were generic, adapted to neither the characteristics of each farm and its animals nor the epidemiological situation. INNOTUB has therefore identified four livestock farm profiles, based on biosecurity and rearing practices, after interviewing a number of livestock farmers from Catalonia and the French department of Pyrénées-Atlantiques. With the information obtained from the interviews, “we are developing a platform for optimizing risk management and reinforcing specific biosecurity plans for each farm,” says National Veterinary School of Toulouse (ENVT) researcher Timothée Vergne. “It will be a very useful tool for livestock farmers, as each of them will be able to use it to assess their exposure to risk and consider measures adapted to their farm,” he explains.

To guarantee effective prevention and diagnosis of the disease, it is important that livestock farmers be aware of existing measures, as well as of control and surveillance plans, and have more contact with vets and the authorities to improve the acceptability and success of such plans. “It is also important that the authorities convey aspects such as the social and economic implications and the benefits of having TB-free animals,” remarks Giovanna Ciaravino, a researcher from the Autonomous University of Barcelona (UAB). With that in mind, INNOTUB has created forums for debate and reflection with the different professional sectors concerned, to review protocols and provide more specific and appropriate education. The network has also set up a crisis committee comprising representatives of livestock farmers from the trans-Pyrenean region, vets and the public authorities.

To improve the control and diagnosis of TB in farm animals, INNOTUB has developed more effective molecular tools for detecting and distinguishing between bacteria of the Mycobacterium tuberculosis complex, which includes M. bovis, M. caprae and M. microti, and relevant non-tuberculous mycobacteria, such as M. avium. In another of INNOTUB’s studies concerning diagnosis, “our work with sensitized guinea pigs has enabled us to identify a number of the species of non-tuberculous mycobacteria that can interfere with tests used to detect TB-infected animals,” reports Iker A. Sevilla, a researcher from the Basque Institute for Agricultural Research and Development (NEIKER). The project has also evaluated the efficacy of autogenous vaccines against TB in animals. A test was performed using goats that were experimentally infected with M. caprae in the high-level biocontainment facilities of IRTA’s Animal Health Research Centre (CReSA). The goats had previously been vaccinated with an inactivated vaccine generated from the same strain of bacteria. The vaccine was effective, according to the results, and will now need to be field-tested.

Knowledge of the epidemiology of TB in wild animals that act as a reservoir of infection, such as wild boar, is important for controlling the disease. INNOTUB’s project included a study of the role of wild rodents as potential reservoirs. “Experimentally, we have confirmed that voles are susceptible to infection with the Pyrenean strain of M. microti, which we have seen in specimens captured in the Catalan Pyrenees area,” states IRTA-CReSA researcher Bernat Pérez de Val, INNOTUB’s coordinator. “We intend to extend the study to the French region, where M. microti is endemic among other mammals, wild and domestic alike,” he adds.

The INNOTUB network will continue its activities in the coming years, with new incorporations from the private sector helping to develop the innovations from its first project. The project received 65% of its funding from the European Regional Development Fund (ERDF) as part of the Interreg V-A Spain-France-Andorra programme (POCTEFA 2014-2020). The purpose of the programme is to reinforce economic and social integration in the border area between Spain, France and Andorra. The aid it provides focuses on economic, social and environmental cross-border activities undertaken through joint strategies for the area’s sustainable development.