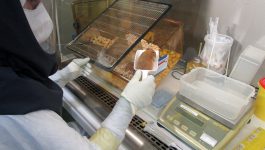 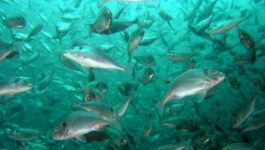 • A study led by IRTA-CReSA researchers has found that piglets transplanted with warthog faeces (a species of African wild boar resistant to ASF), showed greater resistance to ASF virus

• Resistance may be associated with the ability of the faeces microbiota to strengthen mucosal immunity, as an increase in total IgA in the blood of transplanted pigs has been observed.

Faeces intragastric transplantation of African warthogs in piglets improved protection against an attenuated strain of ASF virus, coinciding with a potent stimulation of mucosal immunity in transplanted animals. This is the conclusion of a study led by researchers from the Animal Health Research Center (CReSA), from the Institute for Agrifood Research and Technology (IRTA), in which took part researchers from the Barcelona Zoo Biological Bank and the Department of Animal Health and Anatomy of the Autonomous University of Barcelona (UAB), as well as multiple national and international collaborators. The results have been published in the journal Scientific Reports and form part of Jinya Zhang’s doctoral thesis, led by researchers Flor Correa and Fernando Rodríguez, from IRTA-CReSA, and Jorge Martínez, a UAB researcher at the IRTA-CReSA.

According to Fernando Rodríguez: «Although we are still far from understanding the mechanisms involved in the protection provided, our results allow us to definitively demonstrate that the resistance of African warthogs to ASF is not only due to their genetics, but also to environmental factors».

The research found an increase in secretory immunoglobulins (IgA) in pigs transplanted with warthog faeces, compared to that observed in non-transplanted control animals or transplanted with pig faeces. These IgAs produced by plasma cells originally resident in mucous membranes play a key role not only in mucosal immunity but also in the regulation of innate and adaptive immunity, which could explain protection against infection by E75CV1 (an attenuated strain of virus). In this regard, IgAs can promote the expression of IFN-γ through a mechanism mediated by TNF-α, cytokines both known to play important roles in protection against ASF virus.

The African Swine Fever virus is the causative agent of a hemorrhagic disease that affects both domestic pigs and wild boars, being currently the most devastating disease for world swine production. In the domestic pig (Sus scrofa), the infection by the virus of the ASF, depending on the strain, can go from a chronic or subclinical form to a subacute or hyperacute one, with mortality that can arrive at 100% of the individuals.

While very serious for domestic pigs and European wild boars, the virus circulates subclinically in African warthogs (Phacochoerus africanus) and other species of African wild pigs (Potamochoerus porcus), acting as reservoirs of viruses in nature.

Along with genetic differences, other factors could be involved in the differential susceptibility to ASF observed between Eurasian suids (Sus scrofa) and African warthogs (Phacochoerus africanus).

Thus, previous results obtained at IRTA-CReSA, showed that domestic pigs raised in facilities free of specific pathogens (SPF) were extremely susceptible to highly attenuated virus strains, while these strains were harmless to pigs genetically identical breeds raised on conventional farms. With this premise in mind, the researchers worked with the hypothesis that the microbiota could play a not inconsiderable role, along with genetics, in resistance to the ASF virus, by asking the following question:

Could the African warthog microbiota contribute to resistance in domestic pigs to ASF?

There are almost no studies in pigs regarding the therapeutic or prophylactic effects of intestinal microbiota transplantation, although in human medicine faecal transplantation has been shown to be the only effective therapy for complications caused by Clostridium difficile infection, and the role that pro and prebiotics play in intestinal health is increasingly known.

Seeing that the intestinal microbiota plays an important role in maintaining intestinal homeostasis, regulating the maturation of the immune system and the functionality of innate/adaptive immune responses, a faecal microbiota transplant from African warthogs to domestic pigs would affect your susceptibility to ASF virus?

To verify this, weaned piglets were used and transplanted with faecal microbiota from African warthogs or domestic pigs, and subsequently challenged with a virulent or attenuated strain of ASF virus.

When the virulent strain (E75) was intramuscularly inoculated, no differences were observed in any of the cases. However, a very significant reduction in serum virus, nasal spread of the virus, and clinical signs were observed when pigs transplanted with African wild boar faeces were challenged intramuscularly with E75CV1, an attenuated strain of ASF virus, and compared to pigs transplanted with domestic pig faeces. “The next step will be to identify the individual components of this microbiota and characterize its protective potential against the ASF virus in order to use them as probiotics,” adds Fernando Rodríguez.