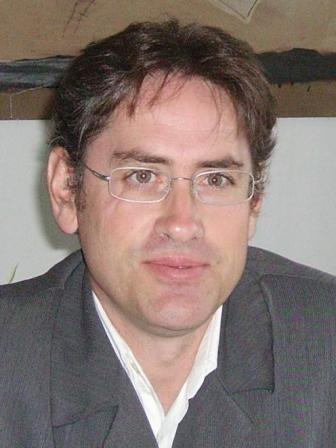 Traditional methods of rice cultivation make inefficient use of irrigation. This is a major disadvantage in the context of water management in Catalan irrigation communities. Rice cultivation is often associated with traditional ways of farming, which consume large volumes of water. Salvador et al., (2011) quantified the average water requirements of rice crops in the Ebro area at 9,500 m3/ha, and the amount used for irrigation at 11,400 m3/ha.

Both figures are estimates relating to traditional flood cultivation. These data do not take into account strategies to reduce salt concentration, which are common in some areas: first
they are flooded and then the surface is drained to reduce the salt concentration during seed germination.

Worldwide, Mekonnen and Hoekstra (2011) estimated a consumption of 2,500 liters of water per kg of rice produced. In Catalonia, based on productivity statistics, this estimate would be no more than 1,800 liters per kilo.

New proposals would encourage a much more efficient use of water by the Catalan rice production sector. It is now essential that European countries surrounding the Mediterranean save water because it is becoming a scarce resource, both in quantity and quality. This reduced availability of regulated water is attributed to the effects of climate change and land use.

Comparative view of a plot of study, to the left sow conventional and to the right sow in dry few days after the flood.

Information obtained in this study could help develop an agronomic strategy to be used at crop level, to save water in rice cultivation. Using a drip irrigation system and determining the required changes to optimize the production and management of the crop, would facilitate increased efficiency in the use of irrigation water. These agronomic changes might include different crop varieties better suited to aerobic farming; technological variations of dry seed; new strategies or products for weed control; occurrence of pests, diseases and other adversities that affect the crop; deviations in the fertilization strategy and harvesting technique. Aerobic rice cultivation could be developed to use less water and be more environmentally friendly.

The main results that have been reached within the framework of the project are:

Dry or buried seeding allows a saving of water quantified by 8-10% compared to traditional irrigation system. The flood of the field occurs after the appearance of the root and emergency of the epicotile and the first leaf. Regarding traditional irrigation, it takes between 3 and 6 weeks less flood.This system, apart from water saving, can imply a 30% seed savings. Dry seeding can avoid problems caused by chironomids while increasing the percentage of germinated seeds.Dry seeding can slow the proliferation of apple snail in the affected areas of the Ebro Delta, and reduce the damage by ducks at the time of sowing.

Salinity is the most limiting factor when it comes to spreading dry seeding in rice fields. Occasionally, the flooding of neighboring fields increases the salt concentration in the soil by raising the level of the water table, so that this type of planting in these areas may not be possible.

Also, it should be noted that at the time of plantin, the soil can not have a degree of excessive moisture (which forms mud), since this does not allow the seed to be properly buried. On the other hand, in low-humid campaigns, the lack of moisture in the soil can cause poor germination / emergence of the crop. In these cases it may be interesting to make a watering before planting, or after planting, depending on the availability of water in the area, in order to facilitate the seed imbibition phase and a gemination of the homogeneous crop.

It is not necessary to flood the soil to cultivate rice. Rice grown in our conditions is a very sensitive species to water deficit and at the same time it maintains a very shallow root system (70-80% of the root system is less than 30 cm from the surface of the soil).

A depletion of 30% of the water reserve in the soil can already lead to reductions in the parameters that affect the productivity of the crop. In many places of the world, the scarce availability of water causes the change to localised irrigation systems as a response to this shortage. The implantation of dripping irrigation in the cultivation of rice is one of our goals in this project.

Dripping irrigation systems must be sized so that it can cover and wet the entire surface of the soil at a depth of 10-15 cm. This involves separations of the secondary pipes of 80-90 cm in our case. The most delicate moments are the initial stages, given that the crop has little root development and at this time a significant part of the irrigation can be to dampen the surface area correctly and not to fill the water requirements of the crop. Obviously, with these limitations, other irrigation systems (pivots, etc.) may be more appropriate at this initial stage, but the high rainfall probability in this month of May and June makes it easier to overcome these handicaps successfully.

The automation of the irrigation system is commercially possible with the use of humidity sensors in FDR type soils, allowing to start and stop the irrigation depending on the soil water content in the root zone. This automation is very efficient in fields where farmers have energy cost to irrigate.Dripping irrigation reduces water consumption by 40-60% compared to the traditional flood system in our environmental conditions.

Despite this high water saving, it is necessary to take into account that some agronomic aspects need to be adapted to this irrigation strategy. Dry seeding adapts perfectly to the localized irrigation strategy, but once the secondary irrigation tubes are installed in the field, the passage of heavy machinery becomes impossible. In this sense it is not possible to perform herbicide applications for the control of weeds with the usual machinery and active substances.

The intermittent or “regons” irrigation is the most common irrigation system for rice in Southeast Asia where water does not reach the fields by gravity and it is necessary to pump the water. This energy cost is minimized with intermittent irrigation. Historically, in the Delta del Ebro this technique has been used in areas with difficulty in reaching the water channel.

These waterings are made when 30% of the water reserve is exhausted on the ground at 30 cm where most of the root density of the rice is concentrated. The determination of this moment can be decided with the installation of piezometers in the soil.

The irrigation criterion consists in flooding the field to reach a height of water in the 5-8 cm field, and stop watering until when water is about a cm below the surface of the soil. The most sensitive stages are the development of spike and flowering, and the most tolerant stages, apart from the maturation of the grain, is the establishment of the crop.

Rice fields, often found in muddy areas and with high organic matter content, have soils with a very low hydraulic permeability so each irrigation may last between 6-10 days depending on the phenological stage and the environmental conditions. With this criterion and depending on the pluviometric conditions, between 8 and 12 irrigations may be necessary in the Empordà fields. The rest of the agronomic management of the crop is not affected compared to traditionally flooded fields.

The implantation of the buried or dry seeding in traditionally rice cultivation areas, will depend the regime of rains during the planting weeks. Rain can difficult the planting with line seeders. When it is not possible, there is the alternative to plant it with flooded soil.It was confirmed that water consumption of localised irrigation is at least half of the water consumption of traditional flood irrigation.

Rice cultivation with localised irrigation causes agronomic management problems. There are no authorised rice herbicides effective in non-flooded soils. There are no experiences of the effectiveness of its application through the irrigation system, since the irrigation tubes prevent the passage of the traditional machinery. Another problem is the difficulty of treating against Pyricularia when rice varieties sensitive to this fungus are grown. The ease of fertigation of the system is one of the clearest advantages of this irrigation system.

Intermittent irrigation requires intensive monitoring to determine the moments of irrigation, as well as well-leveled fields so that water can quickly flow.

The knowledge acquired during the project and the proposals that are derived from it must enable the Catalan rice sector to improve and be more efficient in the management of water use. Water saving in Mediterranean Europe is becoming increasingly fundamental because it is becoming a scarce resource, both in quantity and quality, and this will probably be a determining factor in the coming years in the agricultural sector