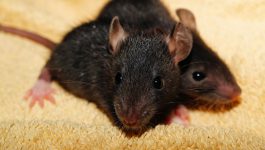 The molecules, designed and produced in the laboratory as part of the consortium formed by IrsiCaixa, IRTA and the BSC, could help prevent and treat COVID-19

Despite the availability of different effective vaccines against COVID-19, we still need specific treatments against SARS-CoV-2 to cure or prevent the disease. This is why the Gloria Soler Foundation has decided to promote a project of the Virology and Cellular Immunology (VIC) group at IrsiCaixa, which aims to develop synthetic antibodies capable of blocking infection by SARS-CoV-2. These molecules, designed and produced in the laboratory as part of the CBIG consortium –formed by IrsiCaixa, the Barcelona Supercomputing Center and the Animal Health Research Centre (CReSA) of IRTA– would bind to the virus with high affinity and prevent its entry into cells. Thus, this treatment could be useful both to prevent infection and to treat people with COVID-19.

Antibodies, so often mentioned lately, are molecules that can recognise regions of viruses or other pathogens and bind to them. In this way, they can, on the one hand, neutralize the virus and prevent it from infecting cells, and, on the other hand, show the pathogen to other immune system molecules so that they can eliminate it. “We want to mimic this sophisticated machinery that the body has to defend itself and even improve it. To do this, we produce antibodies in the laboratory that are not only capable of recognising SARS-CoV-2 for one region, but for two, thus enhancing their effectiveness,” explains Julià Blanco, IGTP researcher at IrsiCaixa and coordinator of the project.

In order to block SARS-CoV-2 more effectively, researchers have designed synthetic antibodies capable of recognising the virus spike protein in two different regions: the S1 and S2 subunits. To achieve this dual recognition, in the process of creating the synthetic antibodies, researchers will include a part of the ACE2 receptor –a protein that binds to the S1 subunit of the virus and is located on the cell surface– and an antiviral molecule that recognises the S2 subunit of the virus.

To produce these complex molecules and ensure that their activity is optimal, researchers follow several steps. Firstly, the Barcelona Supercomputing Center improves the design of the synthetic antibodies to increase their activity. Secondly, IrsiCaixa produces the antibodies in its laboratories. And finally, both IrsiCaixa and IRTA-CReSA test these antibodies in animal models. “We have seen that, when we add these modifications, the antibodies bind very strongly to the virus and their efficacy in blocking infection is greatly increased,” says Benjamin Trinité, post-doctoral researcher at IrsiCaixa.

A useful treatment against current and future variants of coronaviruses

The ACE2 receptor is a protein used by coronaviruses to infect cells. The fact that the synthetic antibodies contain ACE2 means that they could bind to any virus in the coronavirus family, as well as its variants. “We have tested our antibodies against SARS-CoV-2 and SARS-CoV-1 and the results are very promising, as in both cases they prevent infection,” says Blanco. “Having a treatment that can prevent disease caused by either variant would be key to stopping the current pandemic,” he adds. As these synthetic antibodies act by preventing infection, they could act as a prophylactic treatment but also as a drug to stop viral replication and modulate the inflammatory response in patients who are already infected.

Currently, in order to keep the pandemic under control, both naturally produced and synthetic antibodies need to be able to protect the population against new variants. In this sense, IrsiCaixa is continuously and exhaustively evaluating the efficacy of these antibodies against the new variants of SARS-CoV-2 that are appearing.